1943 Electoral Roll (drawn up pre war?) has him at Byford, no occupation.

Enlisted at Claremont camp on 2 Jun 1941, and on 6 Jun 1941 he was transferred to the Naval Base Training Depot.. Here on 7 Jun 1941 he was transferred to the No 1 Training Battalion as a reinforcement for the 2/11th Australian Infantry Battalion. Tom was granted pre-embarkation leave from 6 - 14 Aug 1941 before embarking for overseas on 9 Sep 1941 aboard HMT Queen Mary which with Queen Elizabeth comprised Convoy US12A, disembarking on 23 Sep 1941.

On 3 Oct 1941 Tom was evacuated to the 2/1st Australian General Hospital with dysentery. He returned to camp on 20 Oct 1941, and joined the 2/11th Australian Infantry Battalion on 13 Nov 1941 which at the time was rebuilding while performing garrison duties in Syria. On 16 Feb 1942 he embarked on the HMT Durban Castle for Adelaide, arriving there on 17 Mar 1942.

Tom and the rest of his unit boarded the HMT Katoomba in Townsville on 5 Nov 1944 for New Guinea, disembarking in Aitape on 13 Nov 1944. in late 1944 the 2/11th Battalion was committed to the Aitape–Wewak campaign. A mopping up operation, the campaign was one of a series of patrolling and small advances. At the start of the campaign in January 1945, the 2/11th Battalion was assigned to an area on the eastern bank of the Danmap River and as the campaign progressed they advanced south of Wewak. Tom was a member of 'D' Company, and was wounded in action on 21 Jan 1945, his wounds caused by a grenade to his left side of his trunk, and a gunshot wound to his left elbow. An alternative explanation of his injury in his records was that a bullet had fractured his left arm before lodging in his chest. [1]Treated by the 2/7th Australian Field Ambulance on 25 Jan 1945, he was evacuated to the 104th Australian Casualty Clearing Station the same day and then on to the 2/11th Australian General Hospital. On 8 Feb 1945 he was transferred to the 2/7th Australian General Hospital, who on 15 Feb 1945 decided to evacuated him to the mainland via aircraft under the care of the 18th Australian Field Ambulance. 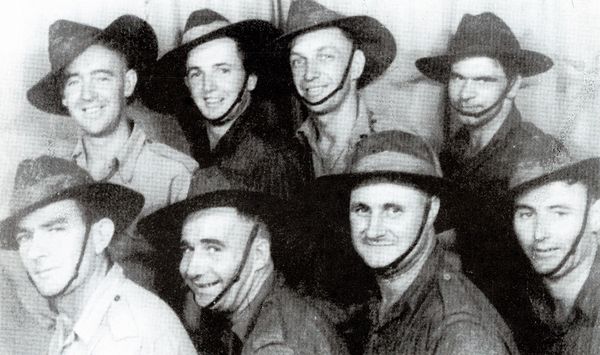