Established to provide both medical and surgical support to the 16th Brigade, 6th Division, with initial staffing for 600 beds.

On 8 Jan 1940, 38 Nursing Sisters departed Sydney for Melbourne where they boarded the Empress of japan. In Sydney on 9 Jan 1940 the rest of the unit boarded the transport U4 Otranto which sailed as part of the first convoy US-1. Reaching Colombo on 30 Jan 1940, via Fremantle, the Empress of Japan and the Otranto sailed two days later for Aden where they arrived on 8 Feb 1941. Sailing the next day, the ships reached El Kantara on 12 Feb 1941 where they disembarked to board a train for Gaza Ridge in Palestine. Here they slowly established a hospital, beginning with meagre resources, but by 23 Mar 1941 they had 50 patients, on 5 May 1941, 229 patients and on 8 Jun 1941 484 patients. Soon after the 2/2nd AGH (1,200 beds) joined them at Gaza Ridge, and with the arrival of the 7th Division, the 2/5th AGH, another 1,200 bed unit helped lighten the load.

During the Syrian campaign the 2/1st's bed state rose to nearly 2,000, and in addition six Sisters were out posted with the 2/2nd Field Ambulance. Short of staff with the overcrowding, they were pleased to welcome the arrival of VAD staff from 23 Nov 1941. On 8 Mar 1942 the main body boarded trains for El Kantara, and then after crossing the canal, trains in Ismailia for Port Tewfik. Here they boarded the SS Laconia for Bombay where they were transhipped onto one of the following ships - Devonshire, Duntroon, Katoomba, or Holbrook, returning to Fremantle via Colombo, Mombasa, and Durban, a total journey of 12 weeks.

Following two weeks leave the hospital began to gather in Western Australia where they established a tented hospital in Merredin. The male staff were required to construct the hospital so the nursing staff remained for a time in Guildford where they established a temporary 250 bed hospital in the Guildford Grammar School. Located on the north-eastern fringes of Merredin,it was located at a junction in rail lines, with plentiful water courtesy of a large dam connected to the Goldfields water pipeline.

In mid 1943 the hospital withdrew from Merredin and moved to NSW where for a time they provided staff to other units and then on 1 Sep 1943 an advance party embarked on SS Montoro with others on the SS Tarona to sail from Sydney to Port Moresby, Female staff followed later on the SS Canberra on 12 Sep 1943. Arriving in Bootless Bay outside Port Moresby, they established a hospital for 1,200 beds and by 24 Sep 1943 were catering for 700 patients. Each tented ward held 60 beds, and in time they expanded to 1,800 beds. The hospital was particularly busy during the Lae and Finschhafen campaigns. By Jan 1944 they were sending batches of patients back to mainland hospitals on the hospital ship Manundra.

On 21 May 1944 they were put on notice to return to Australia, and returned to Townsville aboard SS Ormiston, embarking on 25 Jun 1944. From there they entrained to Brisbane and were then sent home on leave. Gathering again after their leave they provided staff for a number of medical facilities in NSW in particular at Tamworth.

However, they were soon needed back in the islands, and on 1 Oct 1944 they boarded the MV Duntroon for Torokina on Bougainville Island. The advance party had already sailed on the SS Lew Wallace. Female staff travelled first by train to Townsville, and then on the American ship SS Shawnee. Later, small groups of staff arrived by air, and on the Ormiston, with the last of them arriving on 4 Mar 1945. By the end of that month they had 1202 beds available for patients.

On 5 Nov 1945 the 2/1st AGH ceased admitting new patients and the next day transferred the remaining patients to the 109th Casualty Clearing Station, and the hospital closed. Female staff sailed to Australian on 11 Dec 1945 aboard the Manunda, with male staff following on 27 Dec 1945 aboard the Katoomba. Those staff not posted to other units gathered in Ingleburn where they began discharge procedures. 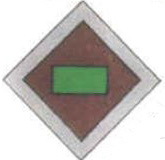 Information for this page came from several sources, but the primary one was the book "A Hospital at War - The 2/4 Australian General Hospital 1940-1945" by Rupert Goodman, published by Boolarong Publications 1983