Leslie's birth was registered at Albany in 1905. His father was Cornelius Cull and he married Frances Louisa McGrath in 1904. Leslie was the oldest child. In 1906 was born his sister Rubeana Frances, then in 1908 was born his brother Melville Eric and then in 1916 Ivy Edna was born.

Les Cull married Winnie (Winifred) Westlake in the late 1920s. The couple had their first of three children in 1930 (Ronald), followed in later years by two daughters, Evelyn and Joy. The Cull family had an orchard and farm on Eighth Road, in the old locality of Westfield. Winifred died on 29 Apr 1994 in Narrogin aged 85.

Leslie was an active member of the Australian Workers Union in the 1920s and 1930s. 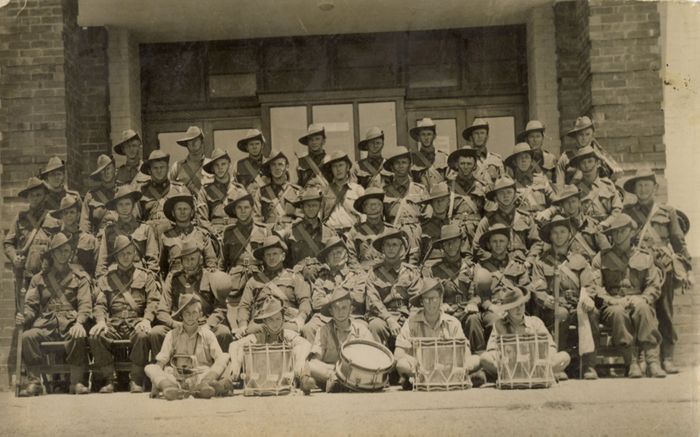 Before his untimely death in 1953, Les enjoyed his life of farming and lived to see his eldest son turn 23 and his youngest daughter turn 12. He enjoyed a regular darts game on Saturday mornings at the Narrogin Inn, and sold homemade butter to patrons at the pub. The family's fruit produce was picked up each Wednesday by the Mathews' Bros haulage business. Following his death, the family sold the orchard and moved to a house on Fifth Road in Armadale, constructed by the eldest child, Ron. Les' children each married other locals of the district, with Ron marrying Sue Callaway, Evelyn marrying John Green, and Joy marrying Barry Poad.

It is with deep regret that we have to report the sudden death or Mr. Leslie Cull while working on his property at 8th Road Armadale. He was 48 years old.

He was well known in the Armadale district as an orchardist and market gardener and his well tended citrus trees and vegetables belied his poor state of health.

He had suffered with heart trouble for some years but never let this condition get the better of him, he was extremely popular and hard working.

Mr. Cull has resided in 8th Road ever since his parents took up residence in the district when he was 17 years old. He took up his own property after his marriage, in 8th Road. He has known most of his neighbours since their school days.

Our deepest sympathy to Mrs. Cull snr and Mrs. L. Cull his wife, her two daughters Evelyn and Joy, and only son Ronnie.[1]

Discrepancy with date of birth - military records give year as 1905, burial records as 1910. Burial record for Winifred gives her age at death as 84, WA Cemeteries Board records show her dying in Narrogin aged 85.