Alan attended the Kojonup Primary School from 1930 until 1932 and the Albany High School from 1933 until 1934 when he was 18 years old. His Leaving (year 12) Certificate showed he passed English, History, Geography, Drawing B, and Agricultural Science. Alan qualified as a School Teacher 'C' in 1937 and was studying for a 'B' Certificate when he enlisted. It is possible that Armadale was his first posting as a teacher. His application to join the RAAF was supported by Cecil Kershaw (Armadale Headmaster) and Denzel Fletcher (Police Constable).

Alan enlisted at the No. 4 RAAF Recruiting Centre in Perth on 28 Apr 1941 as a member of the Empire Air training Scheme. He commenced his flying training with No. 5 Initial Training School at Pearce. on 21 Jun 1941 he was promoted to Leading Aircraftsman and posted to the No. 5 Embarkation Depot RAAF. Alan was one of two trainee pilots to join HMT Queen Elizabeth in Gauge Roads off Fremantle on 9 Sep 1941. They joined 118 other trainee pilots who had boarded the ship in Sydney and made up the ninth draft of trainee pilots sent to Rhodesia. ""HMT Queen Elizabeth joined with MHT Queen Mary comprised Convoy US12A. The troops aboard and the airmen disembarked on 25 Sep 1941 with the airmen waiting for a ship that would take them south. A family story suggests that they were used as anti-aircraft gunners during the wait, but nothing to validate this is included in their records.

On 21 Oct 1941 the trainee pilots boarded SS Mauretania in Port Tewfik for Durban in South Africa where they arrived on 31 Oct 1941. from here they were railed north, and on 12 Nov 1941 Alan joined the Initial Training Wing at Hillside, Bulawayo, Rhodesia (Zimbabwe). On 2 Jan 1942 he had progressed to join No. 26 Elementary Flight Training School, and on 3 Mar 1942 he was posted to No. 22 Service Flying Training School, Southern Rhodesia, completing his training on 7 Aug 1941. He then spent until 18 Sep 1942 in "Home Establishment". Having completed his flying training, Alan was promoted Sergeant Pilot on 31 Jul 1942.

On 27 Aug 1942 Alan embarked in Cape Town South Africa on a ship for the UK where he disembarked on 19 Sep 1942. On arrival he was posted to No. 3 Personnel Reception Centre RAF at Bournemouth on the south coast. On 6 Oct 1942 he was posted to No. 17 (Pilot) Advanced Flying Unit RAF, and following this training by being posted to No. 3 SofGR on 31 Oct 1942. Alan was promoted to Flight Sergeant on 31 Jan 1943 before being posted on 12 Feb 1943 to No. 8 (Coastal) Operational Training Unit RAF at RAF Detling in Kent, for training in photo reconnaissance work. As a result he qualified on 17 Apr 1943 as an RAF Air Navigator, 2nd Class. This was followed with a posting on 8 May 1943 to No. 680 Squadron RAF at RAF Benson in South Oxfordshire, where he undertook a conversion course from Spitfire fighters, to Supermarine Spitfire Photo Reconnaissance aircraft.

On 15 May 1943 he was posted to No. 681 Squadron RAF in the Middle East. A family story tells of him flying his specialist Spitfire from the UK to 681 Squadron's base at Dum Dum near Kolkata in India, arriving there on 16 Aug 1943. While his records are silent on how he died, the Australian War memorial site has it that he was killed in an air battle, in India, but possibly over Burma (Myanmar) on 28 Sep 1943. 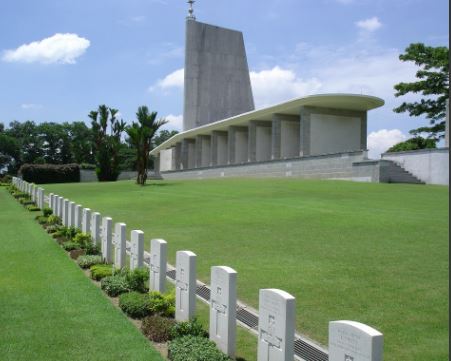