The 2/9th Australian General Hospital was formed on 3 Dec 1940 at the Wayville Showground in South Australia, intended to have a 600 bed capacity. Following training, on 5 Feb 1941 the first of its staff boarded the SS Mauritania in Sydney with the last boarding in Fremantle on 12 Feb 1941. Their route to the Middle East was via Bombay in India which they reached on 22 Feb 1941. They remained in Bombay until 11 Mar 1941 when they boarded the SS Indrapoera for Port Tewfik in Egypt. Their nursing staff were disembarked here to assist the 2/2nd AGH with the copious war casualties arriving from Greece and Crete. The rest of the unit continued on to establish the hospital at Abd El Kader in Amiriya district south west of Alexandria.

Despite the site being totally inappropriate for a hospital, by 17 Apr 1941 they were dealing with 600 evacuees from the fighting in Greece. Once they had been nursed back to health the hospital was ordered to relocate to Nazareth in northern Palestine. They proceeded by train to Gaza via El Kantara and then by road to Nazareth during July and August 1941. Their primary source of patients were troops suffering endemic diseases caught in Syria and chest complaints associated with the very cold weather.

The hospital's return to Australia from the Middle East began on 29 Jan 1942 with buses to Haifa and then by train to Gaza, and then Port Said at the northern end of the Suez Canal. Intended for Java, they boarded the SS Strathallan on 17 Feb 1942. Part of the 'StepSister' convoy, by the time they reached Colombo, Singapore had fallen. Redirected to Rangoon by Churchill, and then Australia after the intervention of Curtin, the hospital personnel landed in Port Adelaide on 16 March 1942. The 2/9th AGH had returned to Australia with the rest of the troops from the Middle East.

In August 1942 male members of the unit were sent to establish the first General Hospital in Papua-New Guinea. When the unit arrived at Bootless Bay it was set up to receive all casualties from the forward areas before they were sent onto Australia. Female staff were not permitted in Papua until late October 1942 due to the uncertain military position. Medical patients outnumbered war casualties almost 10 to 1. During this time the hospital was bombed by the Japanese but no casualties resulted. It was locally known as the '17 Mile', as that was its distance from Port Moresby. Although they had 1,200 beds, they at times were caring for 2,000 patients, the overflow being accommodated on stretchers placed under the beds. In January 1943 they received some assistance when the 2/5th AGH arrived.

In March 1944 the 2/9th returned to Australia for a brief rest in Tamworth where they replaced the 102nd AGH personnel. In March 1945 the hospital received orders to move to Morotai to service the Borneo campaign about to be mounted by the 7th and 9th Divisions. During the landings, the hospital provided surgical teams who travelled in the Landing Craft. Along with the 2/5th AGH they handled not only the casualties from the Borneo landings, but also many of the POWs recovered from south east Asian camps, beginning with a group of Indian POWs on 27 Jun 1945. The 2/9th AGH treated about 4,000 British and Australian ex POWs prior to the Japanese troops on the island surrendering, and then many more Australan, Dutch, and Indian POWs afterwards. A detachment of staff were sent to Singapore to assist with the rehabilitation of ex POWs there. In early 1946 the number of patients began to ease, and the need for staff likewise, with many returning to Australia. The final hospital staff left for Australia on 2 Mar 1946. 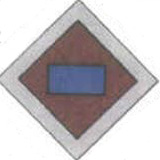 For further information about this unit see A Special Kind of Service - 2/9 Australian General Hospital by Joan Crouch, published in 1986 by Dominion Press.