The 2/1st Australian Forestry Company was formed in Sydney in March 1940 with men from the forest and timber industries in New South Wales, Queensland and South Australia. It sailed in the third convoy for Egypt, but with the entry of Italy into the war it was re-directed to the UK via Cape Town and landed in Liverpool in July 1940. Their first base was at Alton in Hampshire where they were utilised as defensive troops in case of a German invasion. In September 1940 they moved to Chathill in Northumberland to operate a sawmill until August 1941. Their next move was to Lockerbie in Dumfriesshire where they remained until they left for Australia via the USA in October 1943, arriving at the Royal Australian Engineers training Centre at Kapooka un December. 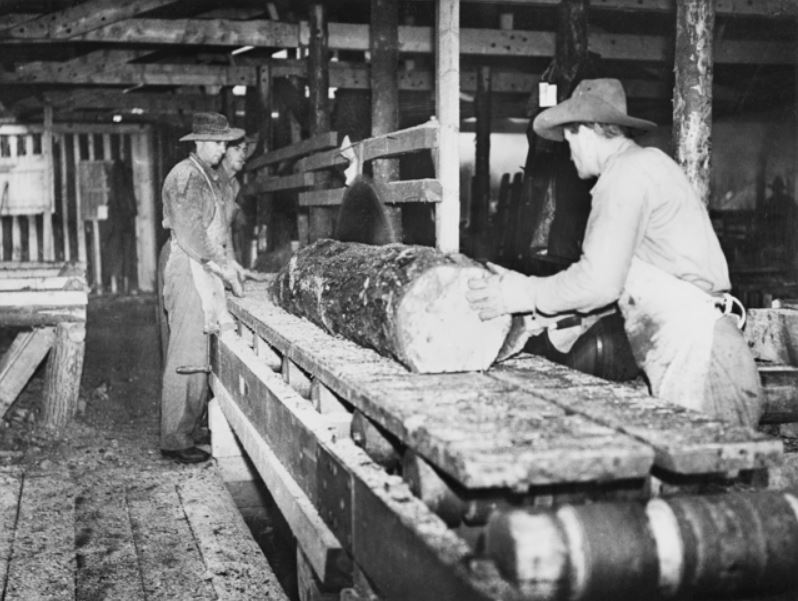 In July 1944 they were sent to operate a sawmill at McMinns Siding, 35 kilometers south of Darwin and expanded production in anticipation of an invasion of Ambon. Tis project was abandoned by December and the unit returned to Kapooka. In April 1945 it moved to Lae in New Guinea where they established a sawmill at Yalu. 1st Platoon then moved to Wewak in June and these sawmills remained in production until after the end of the war.